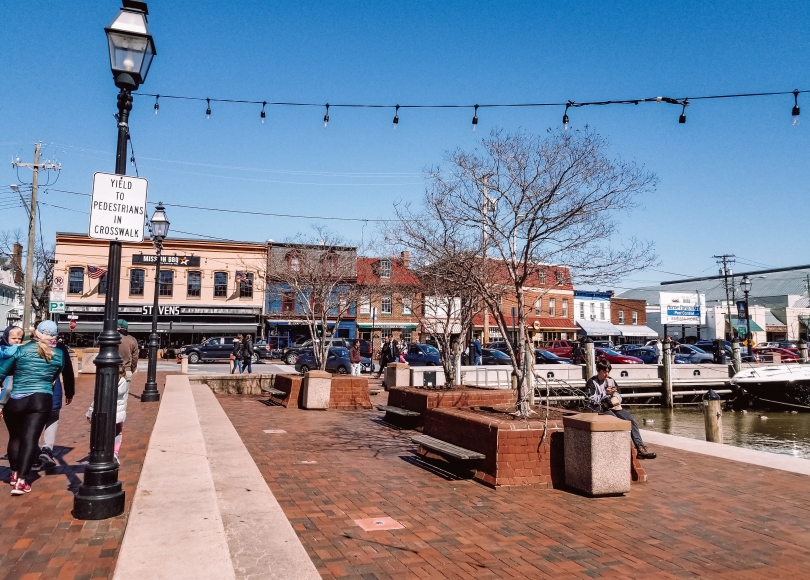 Today, March 25th, is Maryland Day, marking the landing of the first European settlers in 1634 in what was then the province of Maryland. (Of course, the land was settled long before that by various native tribes, most prominently the Algonquin.)

While coronavirus continues to disrupt the world, I thought I would take a break from writing travel guides (not much need for them at the moment, after all) to celebrate the Chesapeake Bay State. I had the fortune of living there for much of my childhood, and it holds a very special place in my heart.

As one of America’s oldest states, Maryland bore witness to many significant moments in American history and is, or was, home to several notable figures. The state often gets grouped as a region with other surrounding states (Washington D.C., Virginia, and Delaware), but it’s a fascinating place to visit all on its own. Here are eight things about Maryland you should know:

Founded in 1649, Annapolis was prominent in the development of the American colonies and, later, the United States. She now hosts the oldest state house in continuous legislative use as well as the United States Naval Academy.

2. We love our crabs

Chesapeake Bay blue crab in any form is the state’s unofficial-official local dish: steamed, softshell, or formed into crab cakes, and always served with a dusting of Old Bay seasoning. There are few foods Marylanders will defend more vehemently, and diehards will argue there’s no better pairing than an ice-cold Natty Boh beer.

3. Jousting is the official state sport

Not kidding. The best opportunity to see this breathtaking (literally- you will see men get the wind knocked out of them) sport on display is at the Maryland Renaissance Festival, held annually in the fall. Giant turkey leg optional.

More specifically, Baltimore, Maryland. While his life took him through many areas along the east coast, both his family and personal history had strong ties to Maryland’s largest city. He was found dead in its streets at the age of 40, with much speculation as to the cause. Even in death, Edgar Allan Poe could not escape the shroud of mystery- an unknown person nicknamed the Poe Toaster would leave three red roses and a bottle of Cognac at his grave each year on the anniversary of his birth. This tradition began in 1949 and continued for seven decades, ending in 2009, and we still have no idea who this Toaster is.

5. The bloodiest battle of the Civil War took place in Maryland

That would be the Battle of Antietam on 17 September 1862. The battle claimed more than 22,000 casualties but was considered a Union victory. The success spurred president Abraham Lincoln to deliver his Emancipation Proclamation, which freed all enslaved persons of the Confederacy and deepened animosity in the south. Of note, Maryland, though a slaveholding state, sided with the Union throughout the duration of the war.

6. The state flower is the black-eyed Susan

A member of the sunflower family, the black-eyed Susan grows wild in Maryland’s climate and was thought by the natives to have medicinal benefits.

7. Maryland has (arguably) the most unique state flag

Her flag features the 17th century English heraldic arms of two of Maryland’s founding families, the Calverts and the Crosslands. Its pattern is easily recognisable in a line-up of state flags and is another source of pride for Marylanders.

8. Maryland is a great place to visit

You can see wild ponies at Assateague Island National Park. Stroll the boardwalk and hit the beach in Ocean City. Step back in time in the quiet coastal towns of Saint Michaels and Princess Anne. Hike among the mountains of western Maryland along the C&O Canal. Marvel at aquatic life at the National Aquarium in Baltimore. Pick an Eastern Shore peach. Savour a Smith Island cake. There are endless opportunities to explore and appreciate all the things that make Maryland unique!