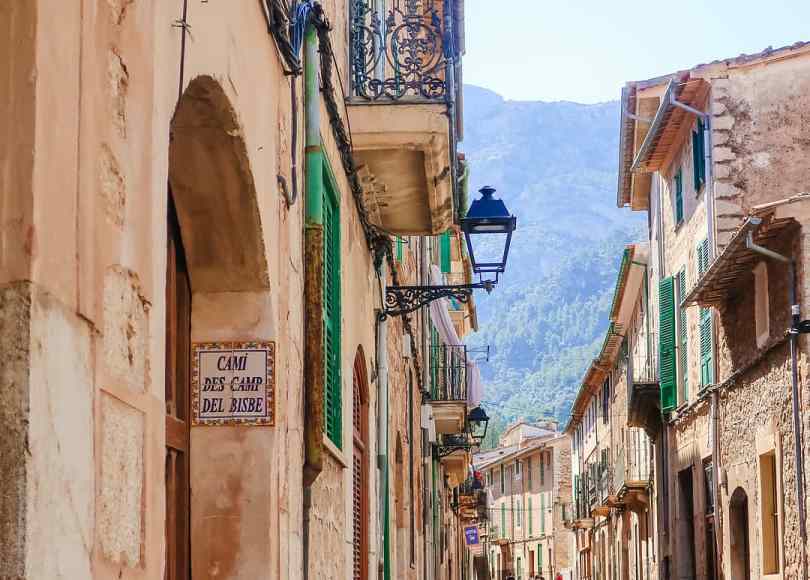 Mallorca, Spain is one of those destinations I was peripherally aware of but would not have been top of my list of places to visit due to a hesitancy about overly touristy places. Nonetheless I was lured by promises of a UNESCO World Heritage Site, citrus groves, and Spanish food and drink. And I’m so glad.

Mallorca is one of several islands (and one of the four major ones) that make up the Balearic Islands in Spain. Historically, the Balearics have been a cultural mixing pot for centuries, having seen occupancy by Phoenicians, Romans, and Moors through the ages. These days the autonomous region of Spain is a popular tourist destination, and it is not unusual to hear English, French, and German mixed in with Spanish and the local Catalan dialect.

More than any other trip I have taken, Mallorca was a mixed bag. Its economy is largely based on tourism, pitched particularly to German and British visitors, which means seeking out an authentic Spanish experience requires a little more work. Some people like familiarity when they travel, a concept which I saw played out at restaurants that served traditional British Sunday lunch seven days a week and bars that had no local beers in their offering. However, Mallorca is also full of hidden gems, even in the most touristy and purpose-built of places. Going further afield, away from the resort towns, is also a safer bet for those in search of more Spanish flavour. The tourists in these places tend to be of a different breed from those in Mallorca on a stag or hen getaway.

We tried to fit as much as possible into the few days we had on the western side of the island, using the resort town of Santa Ponsa as our base and shuttling back and forth from Palma, the capital. From there, we could catch buses out into the Serra de Tramuntana, a UNESCO World Heritage mountain range. Nestled in these hills are the pretty little villages of Valldemossa and Deià, bucolic and pastoral; go a bit further north, and you arrive at Sollèr. The town is anchored by a cathedral and town square, to which everyone flocks on a sunny day. The best way to take it all in is from one of the cafes that border the square’s edge, enjoying a glass of fresh orange juice and some tapas. From Soller, you can ride an old-fashioned tram down to the breezy and glamourous Port de Sollèr, right on the Mediterranean.

Mallorca is full of history and culture and wonderful food, all easy to find for those who look. It truly is the sort of place where you can choose what sort of experience you have, as it can run the gamut from a drunken week by the beach to a rugged biking holiday through the mountains to a quaint sightseeing roadtrip.

In the end, the Mallorca trip was a sun-drenched, citrus-scented haze of loveliness. As with any trip to a new destination, there are things I would do differently if I were to visit Mallorca again (more on that later). The one thing that is certain? I WOULD go again. How can you not fall in love with such a beautiful island?